In the past couple of years, various privacy breaches by New Zealand immigration has come forward. If we see the figures for the last year, there were 170 occasions where NZ immigration performed a privacy breach in one or another form.

This time a couple from Columbia has shown their concern about personal information safety in the hands of immigration officials. Leanne Healey’s partner is processing the visa application of his spouse. Lately, he received an email from the immigration authorities containing the personal details of another applicant from South Korea.

The couple was expecting news from the immigration as it has been months. Their hopes shattered when they found a wrong email. However, it aroused a severe concern of a privacy breach of personal details of an individual applying for an NZ visa.

Whenever a person applies for a visa, all sensitive information like bank details, address, contact details, etc. stay with the immigration authorities. Therefore, such a careless incidence of forwarding the details to wrong emails bring a fear of breaches. The couple demanded strict action against this incidence.

The couple is not only worried about the security breach, but they also showed their distress against visa authorities for being partial with Columbia. According to them, the relations between South Korea and New Zealand are good, so the immigration officials give them preference over Columbians.

As per the couple, both visa applications contain the same date of submission. Therefore, the official might be checking them simultaneously and got confused with the email address. And, if it is the scenario, the authorities have been partial to their nationality by assigning visa officers to South Korea earlier than Columbia.

The immigration of New Zealand has apologized for this incidence, saying there were more than a million visas that they have processed from 2018 through 2019. A spokesperson from OPC said, from December 2020, there will be a strict action taken against security breaches that reach certain harm to an individual. The guidelines for this new Privacy act have been prepared by MBIE, under the guidance of OPC. 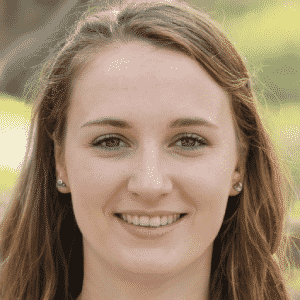 Stacey Lunde is a report writer. She has over 5 years of experience in writing the news , headlines and stories related to the immigration. She has done great amount of research in all types of immigration in the world to get the top news.